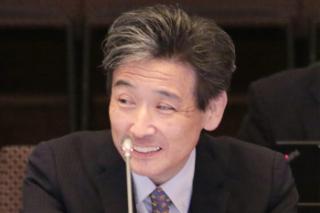 Yoichi Iida is Deputy Director General for G7/G20 Relations at the Japanese Ministry of Internal Affairs and Communications (MIC). He chaired the G7 Working Group (WG) on ICT policy, when Japan hosted the G7 ICT Ministers’ Meeting in 2016. The WG discussed G7 ICT Ministers’ Declaration, including “free flow of information across borders”, and also proposed an international discussion on AI principles.

Since January 2020, he has been serving as the chair of OECD Committee on Digital Economy Policy (CDEP), which discusses broad aspects of the digital economy.

He joined former Ministry of Posts and Telecommunications in 1988, which was integrated into the current MIC in 2000. He worked at OECD Secretariat in the early 1990s.